And How Your Organization Can Achieve 100% Renewable Power 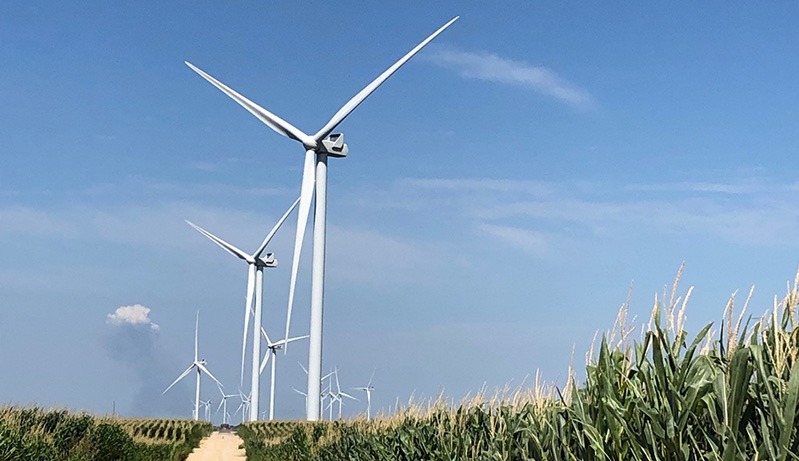 If you’ve ever led a business transformation team or just tried to hit a solid cost-of-goods reduction target, you appreciate the shift in thinking, behavior changes and sheer determination required to set (and hit!) really big goals.

For corporate members of RE100, there are no half measures when it comes to changing how they power their operations. It’s an all-in, very public commitment to transition to 100% renewable energy generation across global operations. The ultimate goal is “to accelerate change toward zero carbon grids, at global scale.”

As RE100 approaches 200 members – including many of the world’s Fortune 500 companies – it’s worth taking a look at why (and how) so many public and private companies are choosing to commit to 100% renewable energy sources.

Why 100% renewable energy as a strategic goal?

The negative environmental impacts of burning fossil fuels to drive human innovation were recorded as early as the mid-1800s, during the heart of the First Industrial Revolution.

Today, there is a massive body of research correlating burning oil, gas and coal with warming the planet, melting polar ice caps and other harmful impacts to the health and life of living organisms, particularly humans. On the material side, climate change is predicted to have an increasingly devastating impact on the U.S. economy, costing hundreds of billions of dollars.

To try to mitigate and potentially repair the worst of climate change, many of the RE100 members are also establishing science-based targets, which are GHG emissions reductions goals aligned to create enough decarbonization to stop a more than 2 degrees Celsius/3.6 degrees Fahrenheit temperature increase versus “pre-industrial” temperatures. These commitments to lower emissions are contributing to the accelerated shift to renewable energy now taking shape nationwide. 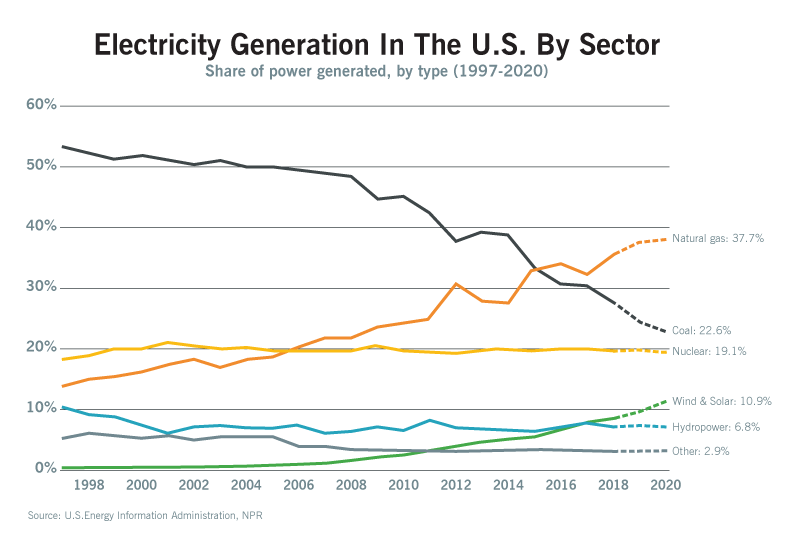 In 2014, RE100 was launched as one branch of The Climate Group, a nonprofit, global organization dedicated to taking action on climate change since 2004. Today, RE100 focuses on commercial and industrial corporations operating in China, Europe, India and the United States, areas that account for over two-thirds of the world’s energy use.

Goals for decarbonization often go beyond the “four walls” of the company, extending out to full supply chains and complete life cycles of goods produced.

RE100 members must also be “influential,” with either a trusted brand, multinational presence (Fortune 1000 equivalent), significant power footprint (e.g., use over 100,000 MWh electricity) or other attributes that convey “clear international or regional influence.”

With this in mind, joining the RE100 is fairly straightforward. Your business needs to:

How big of an impact does RE100 create? 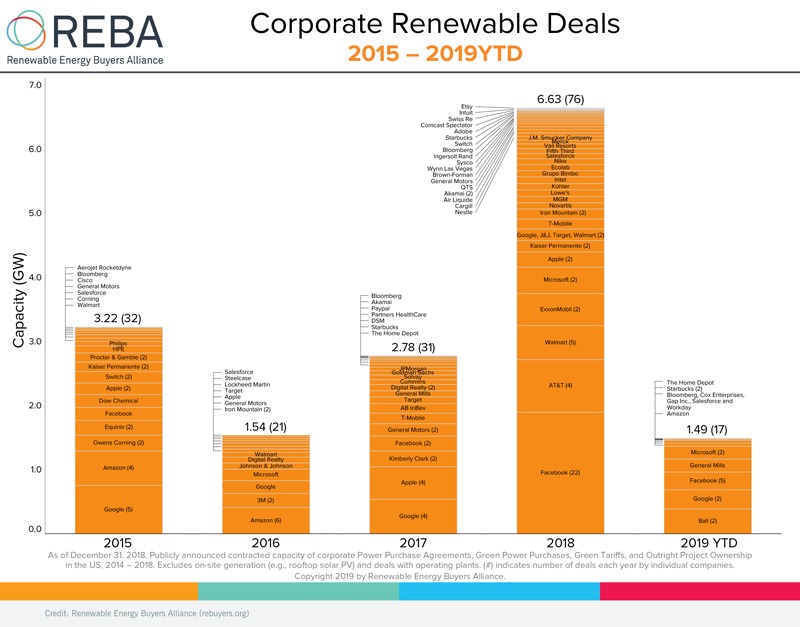 The nexus between decarbonization and achieving 100% renewables goals is becoming tighter every day. And it’s definitely making a huge impact on reducing emissions.

According to the Renewable Energy Buyers Alliance (REBA), during the past four years alone, corporations have publicly announced deals totaling more than 14.17 gigawatts (GW) of pure renewable energy generation. That equates to the same additionality (net new renewables added to the grid or local generation mix) as replacing 1,000 coal-fired power plants!

Is achieving 100% renewable generation even possible?

According to the RE100 Progress and Insights Annual Report published in November 2018, more than 20 RE100 member companies sourced all their electricity from renewable sources by the end of 2017. In 2018, these 20 were joined by seven others: Apple, Amalgamated Bank, Capital One, Google, Gurmen Group, Jupiter Asset Management (met its 100% target a year early) and Wells Fargo.

For each company on the list, it’s not just one solution that got them to 100% renewable energy but a combination ― including investing heavily in energy efficiency to decrease energy demand. In fact, RE100 recommends efficiency in retrofits. They also recommend purchasing new equipment that meets the highest level of efficiency standards, such as upper-range ENERGY STAR products in the U.S.

What else is enabling RE100’s success?

Along with changing energy usage behavior, investing in energy efficiency and working with suppliers to lower emissions across organizations, RE100 is also being helped by a variety of trends affecting the clean energy markets overall.

By proactively and voluntarily committing to switch to renewable energy, RE100 members are satisfying increased customer, employee and consumer pressure to lower emissions. That commitment goes far beyond better branding. It may also set businesses in the right place should significant policy change become a widespread part of the mix.

For example, California recently surpassed $2.6 billion in cap-and-trade revenues, putting those funds back into communities and clean energy research and innovations. Carbon dividends, on the other hand, have even found appeal in global fossil fuel companies, which want to see a price for GHG emissions raising money for consumers.

Another option is sustainable investment funds, such as Ceres.org, whose goal it is to promote and make investing in and lobbying for renewable energy and other sustainability technologies, products and services mainstream business.

Whatever the politics, RE100 represents big commitments for big change – and a public forum for tracking change at an unheard of scale. 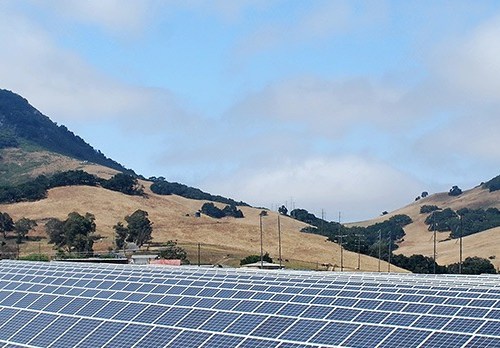 How Much Renewable Energy Is Required to Achieve Zero Emissions?

Achieving net-zero emissions is essential to limiting global warming and climate change. But unless…
Read Now 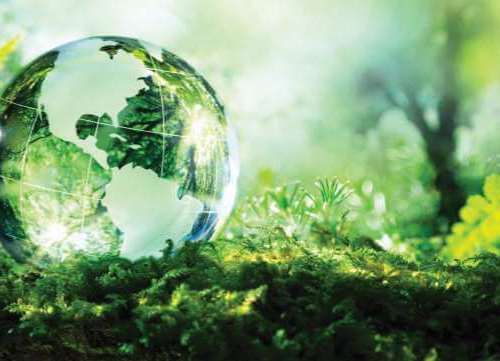 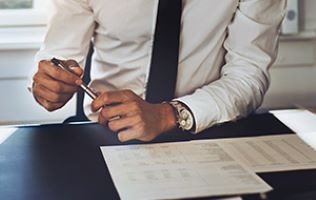 As nearly half of large corporations commit to decarbonize their operations, virtual power purchase…
Read Now
View All