What to Do with Snow on Solar Panels

One of the myths of solar is that it doesn’t work in cold climates. In fact, solar panels are more efficient — produce more energy with the same amount of sunlight — in colder climates, such as Colorado and New Jersey, two leading states for solar installations. The downside of winter is that there are fewer hours of daylight, so there are fewer hours of solar production. And then there’s the occasional snowstorm, leaving snow on solar panels…

How to Clean Snow off Solar Panels?

Believe it or not, the best and easiest way to get snow off a rooftop solar array is to do nothing. Zip. Zero. In the words of Tony Soprano: “Forget about it.”

There are several reasons for this method. First, it works! The winter sun does a great job of melting the snow on solar panels. It may take a day or two after the storm, but solar panels are typically installed with enough of a slope to let the warm sun and gravity do the trick.

Second, and perhaps more importantly, you could be risking your life or cause yourself serious injury if you try to brush the snow off yourself. Even without snow, rooftops can be dangerous. With snow and ice, they’re even more hazardous. Having snow on your panels for a day or two will reduce your energy savings, but it’s not worth risking a hard fall for that.

“Don’t go up on a snow covered roof unless your name is Santa Claus or you have some other kind of magic. Not worth it,” says Carl Siegrist, a solar consultant and member of the North American Board of Certified Energy Practitioners (NABCEP), the leading solar installer testing and certification organization.

You might think about getting a long pole squeegee or brush and combing the snow off, but here again, it’s dangerous. You could have 100 pounds or more of hard, frozen snow fall on you, once again, risking injury.

Finally, consider that improperly cleaning off snow or ice may damage the panels. Jeff Spies, a solar roofing expert and board member of NABCEP cautions, “If you are going to remove snow, take great care to avoid scratching the modules. If there is ice buildup on the glass, do not try to remove it by scraping, as you can damage the micro-etching of the surface of many glass modules, reducing module efficiency.”

Whether in the sun, rain, or snow, Spies recommends never cleaning solar panels with harsh chemicals or abrasive materials. Even a dirty mop could scratch the solar panel’s micro-etching. If your solar panels are soiled, some water with a little bit of soap and a hose is all you need.

For ground or pole mounted solar PV panels or most commercial solar applications, you’re on the ground or a flat surface, so it is safer to remove snow with a soft brush. However, the same risks apply. So, just brush off the loose snow, and once again, don’t try to scrape off any frozen snow or ice.

If you’re a commercial business and need to get those panels cleaned off right away, leave it to a professional. REC Solar and other solar companies provide solar operations and maintenance (solar O&M) services that will take care of snow on solar panels and make sure your system is working optimally, no matter what the season. 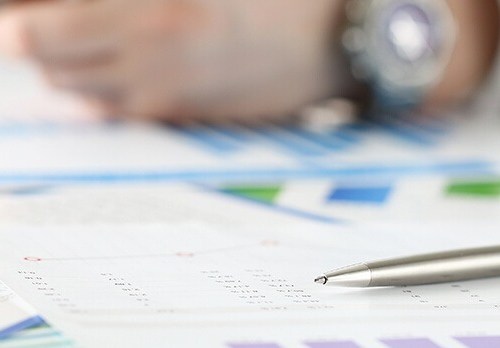 Commercial Solar Financing: Leasing Your System vs. Owning It

One of the biggest concerns of anyone going solar is the upfront cost and/or how to finance it.…
Read Now 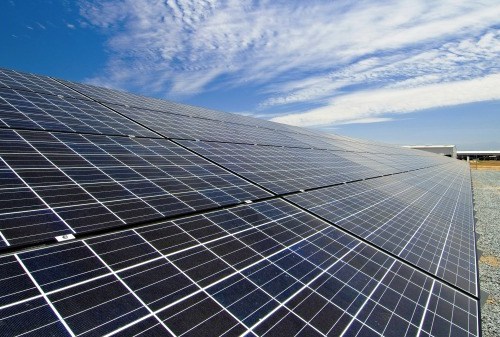 The number of harsh storms is on the rise, averaging between 70 and 130 per year in the U.S. And in…
Read Now